skip to main | skip to sidebar

yoy berkata...
Morons like Perkasa talk about sacrificing. We have as yet to hear what sacrifices they are speaking about. Today, Malaysia is ruled by a single regime not so different from Burma. They call themselves UMNO. In fact, Malaysia has been under Emergency Rule for the past 40 years. Still in a state of Emergency Rule.
2010 Mei 25 05:32

Boleh berkata...
You stinking malay pig, please get the f*** back to your own land in Aceh or Jawa, whatever. Because this is Tanah Orang Asli and malay pig like you are pendatang!
To non-malays……….time and time again we have said that the malays are from Jawa. I always say that they are from Aceh, Sumatra, etc - do you see anyone of these racists (obviously malays) objecting to that fact?
This is the truth and they cannot handle this. They don't dare say that because it is so true! Even Mahathir admitted recently - the origins of the malays are not Malaysia but Indonesia - Sumatra and island etc.
The real bumis are the natives of Borneo and the Orang Asli. Not these malay free loaders and wasted sperms.
"Son of the soil" incorrect! More appropriate term would be "Rapist of the soil"! Malays are pendatang, they called Chinese and Indians pendatang! Tak malu!
To malays pendatang from Indonesia, you are also enemy to Indonesia, stupid! Apa? Tak faham English? Makan tahi dan berambus balik ke Jawa! Setia kepada negara Indonesia! So are you, malay pig!
Aren't you a bloody hypocrite? You are not the Orang Asli of this country - you are an immigrant from Jawa, Sulawesi, all elsewhere - why did you come here to this country then?
Why not help your own country (or should I say your dilapidated kampung in Jawa) and improve the situation then? What……….what did you say? Oh you want a better life is it? I see - so what does that make you? A patriotic fake? Or a hypocrite with no substance?
Compare China and Indonesia - then tell me who is faring better in the international stage! You useless malay pig. At the end of the day - you work for me.
Obviously, you are worse than shit. Not pigs, for pigs are really smart animals. Tanah Melayu my ass! Orang Asli were here before your ancestors crept onto this land. Learn some history, ok? Of course, you can always change history! Tak malu kah!

You are sick in the brain, thanks to Mahathir!

Chinese got pissed off as not all Chinese are rich, but all work their asses off to make an honest living, while idiots like you think that you are entitled to riches without sweating. What discontent? After all the handouts all these years, you still couldn't get your acts together, and you want to blame others, the Chinese, the Indians? Where is your dignity?
What anger? You get angry at the Olympics because malays can't run faster than the Americans? The Aussies? The Chinese? (Just imagine some of you jokers made it to the Olympics, although none did!)
If you want to run amok, go ahead, join the apes and chimpanzees, your kind have been doing that at Perak, brainless monkeys they are, and so are you, go flock together.
The reason why malays tend to run "amok" is because of close relative breeding. Just like non-high breed dogs - brother have sex with the mother, and father marry their own sister, and the confusion goes on.
The end result is non-high breed dogs - that are difficult to train and tend to even bite their own master. Unlike the Chinese, they are very careful not to have too close relative marrying one another.
That is why you can see how Chinese excel in different part of the world. The Chinese are indeed a world race now, as China progress with such speed which is unknown off in any other race in the world!
Singapore is a fine example of Chinese superiority! Sad news for the malay race but then again it is the truth!
2010 Mei 25 05:33

kentanjim berkata...
The founders of kingdoms and sultanates were nothing but a bunch of pirates, robbers and thieves, so what is so "great" about being of royal blood?
2010 Mei 25 05:40

San berkata...
Bravo to all the cock & bull & being written here!
Sad to see Malaysians not accepting the facts that you are living because of non-malays and subsidies from the so called fair government which only take care of their own - malays (please do not call yourself bumis unless you are the aborigines from the jungle).
Chinese are wealthy because they work 100% more than your lazy ass. They live on their own and not on your incentives. Nothing was given anyway.
Cut the story short, face the fact and dance to the rhythm. Without the non-malays, you are nothing just as Dr M said before he stepped down from UMNO.
(You do not even have your own culture and language, the bahasa has been copied from many such as the Portuguese, Spanish, Tamil etc.)
By the way, tuan is Chinese! Wake up, you are living under the helm of 1Malaysia - 1Murderer!
2010 Mei 25 05:44

coolooc berkata...
I am totally agree what you have said, those moron malays have no sense of 'malu'. For example, I find that most of those malay pig creature are dirty and smelly, but they still walking around proudly with that stinking and ugly look.
Another example is most of them are poor, they can't afford a big luxury car. When they saw Chinese or Indian driving a big car, they are feeling distress and jealous.
What a loser! Hey non-malays can afford a big car without depend on NEP policy. But you pathetic malay pig can't afford it even though with NEP policy help. Loser malay pig!
2010 Mei 25 05:48 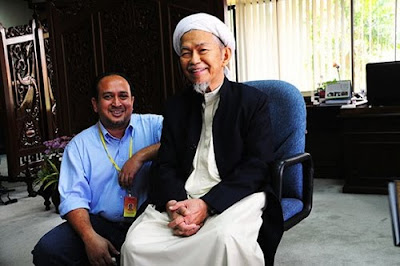 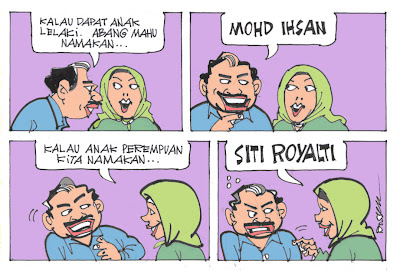 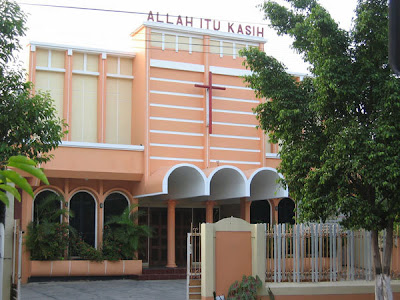